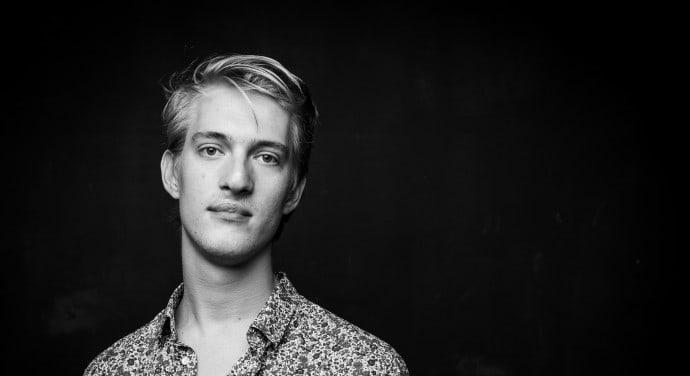 Up next on the bill of our 24chambers series is Caravan in Amsterdam on October 24!
Caravan is making waves all around the country with their cocktail of Eastern and Western influenced folk, jazz and classical music. As always, to get to know the musicians behind the music a little better here are ten questions for Julian Schneemann, composer and godfather of Caravan.

1. What made you choose for the piano as an instrument?

My parents had a piano and already as a young kid, I couldn’t resist sitting behind it. I used to make ‘music’ even before I had any lessons, just pressing the keys and listening to the sound coming out of the instrument, having no idea what I was doing. That was a really wonderful feeling and actually I still have today when I take seat behind the piano!

2. Could you tell us what’s on the program for 24chambers?

We’re playing with my project ‘Caravan’, a journey through different styles and cultures. We play music of our soon to be released new album, ‘Caravan II’, with new compositions of mine, featuring three amazing singers with roots in Syria, Namibia and India. It’s so special to play with this group, I still get surprised and touched every time we play together!

3. If you would not be a musician, what would you be?

Tough question… I studied physics for one year but now I would rather say I like to do something practical. I like to make stuff. But to be honest, it’s hard to imagine a life without music!

4. How do you organise the day of your concert?

Of course I have to make sure everybody in the band knows what to do! Mostly, on the day of the concert, I’m in the car, picking up people and instruments, setting up the stage, doing the soundcheck, waiting for the concert to begin. On a typical concert day I go out of the house and come back 12 hours later, having played music for just 1 hour!

5. With which composer, living or deceased, would you drink your morning coffee with?

Mozart. But I think it would even be more fun to drink a beer with him.

So many people! Collaboration is my drive in music. I just really admire other musicians and couldn’t do without that inspiration.

7. Which composer fits your personality best?

I guess that would be me…?

9. What are you afraid for?

10. What more do you have in store? What will the future bring?

Our new album is coming out 26 October! In November the ‘Nederlands Blazers Ensemble’ will play a new composition of mine, accompanying an old Charlie Chaplin film. After that, more music and in the future even more music.